The BCN3D professional desktop 3D printers will be showcased during the Global Industrie in Lyon. In just two editions, Global Industrie has established itself as one of the leading exhibitions in the world dedicated to the industry. 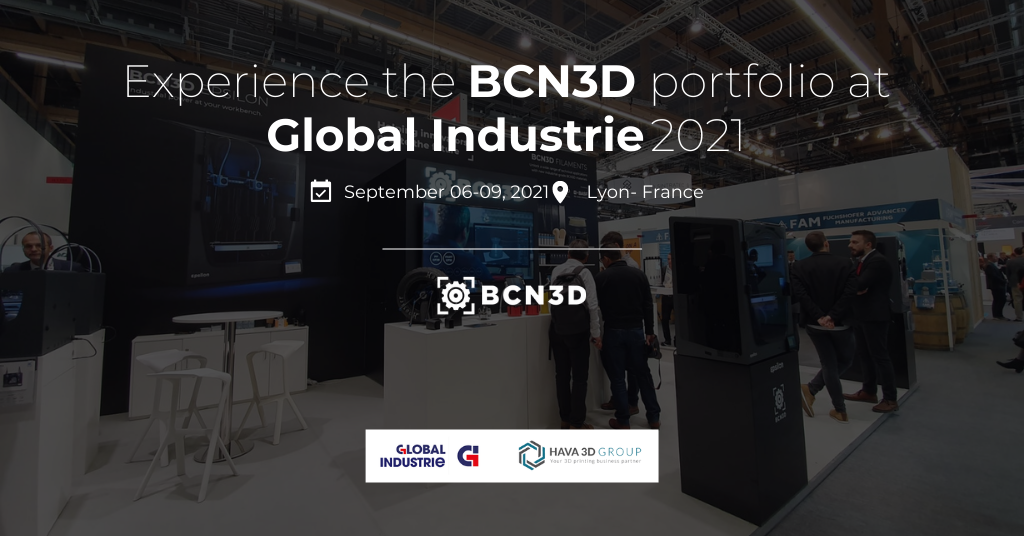 After the cancellation of the 2020 event in Paris due to the coronavirus crisis, in 2021 Global Industrie is returning to the site of its most recent exploits with bigger ambitions than ever. And its first aim is to help both its exhibitors and its visitors, who have just gone through a particularly difficult period, to revive and bolster their activity.

Its resolutely modern positioning geared both to the industry of the future and to international business explains the success encountered from the beginning in Paris, which was only amplified in Lyon.

Experience the BCN portfolio at Machineering 2021 in Brussels, Belgium

Experience the BCN3D portfolio at AMX 2021 in Luzern, Switzerland