We followed Hyperloop CHF’s journey of the creation of a high-speed subsonic train prototype to the 2021 Hyperloop Competition in Valencia. Using a BCN3D Epsilon W50, the team could quickly and efficiently 3D print molds and end-use parts in a variety of different materials.

From the mind of Elon Musk, the concept of the international Hyperloop pod competition to create the fifth mode of transport was born and then entrusted in the capable hands of university students all around the world. One of these promising teams is the Hyperloop CHF team, from the CHF Association in Madrid. For their unique take on the streamlined pod prototype, they employed the use of the BCN3D Epsilon W50 and BCN3D materials for molding and end-use parts.

The objective of the Hyperloop pod competition 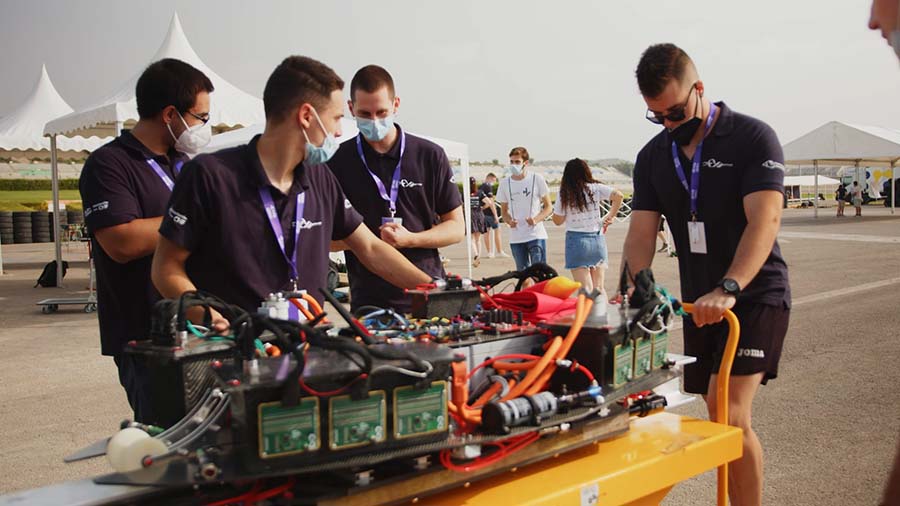 The basis of the Hyperloop competition is to build upon the blueprint for a superfast train that will change the future of the way we travel. Essentially, passengers will be contained in a protective pod that ‘floats’ above the track, for a luxurious journey to reach destinations in record timing.

Participating for the first time, the Hyperloop CHF team needed to come up with a design and functioning prototype encompassing everything from an outer shell to the inner mechanics. They set out to do so all within their budget of 100.000 euros, a stark comparison to that of the multi-million funding possessed by competing teams.

To give them their best chances possible they built a “hypertrack” on their facilities, a track for testing their prototype and ensuring it performed as expected. The track was a reliable way of generating trust in their self-designed linear induction motor, which is designed specifically to prevent any friction. 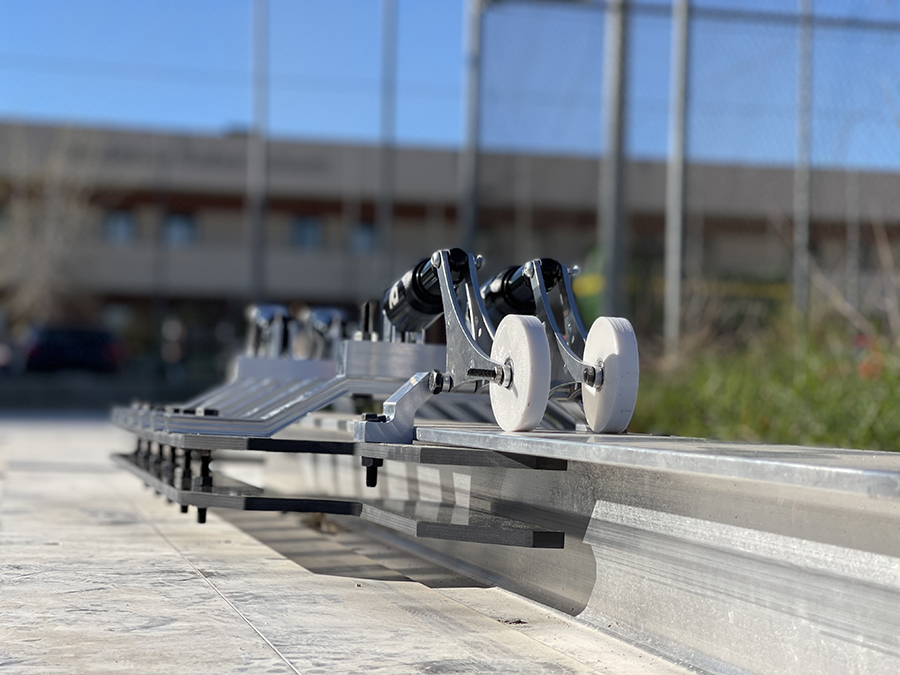 The students were in search of a local and professional 3D printer. BCN3D reseller and distributor Sicnova advised them that the BCN3D Epsilon W50 was a perfect fit because of its large dimensions and versatility. The ecosystem between the design programs and 3D printing technology was easy to introduce, faster, and more efficient and thus boosted their workflow. Saving time and money and having more freedom in their design gave Hyperloop CHF the upper edge they were looking for.

Hyperloop CHF’s prototype of a subsonic train for high speeds was scaled at 1.24, at a size of 2x1x1 meters. Due to the velocity it needed to travel at, it was important that the battery packs were safely contained. Together with BCN3D and Sicnova, Hyperloop CHF explored a variety of different materials to see how the properties could advance their prototype. They came to the conclusion that ABS would perform best in this case for its high-temperature resistance.

3D printed end-use parts were also included directly in the stabilization system. Wheels were printed in TPU for its ability to withstand high temperatures and its strength. The brackets were made of carbon fiber for a sturdy, reliable support system.

3D printing was used indirectly for the mold of the outer shell. Through rigorous testing on their hypertrack, the team discovered that PLA can still retain its properties up to speeds of up to 120kmph and was also extremely easy to print. Each of these large pieces took a printing time of 16 hours, and so the large dimensions of the BCN3D Epsilon W50 came in handy here. These components were merged together, sanded down, and painted, then used to form a mold for the carbon fiber shell. It was of the utmost importance that the shell was as slick and streamlined as possible. 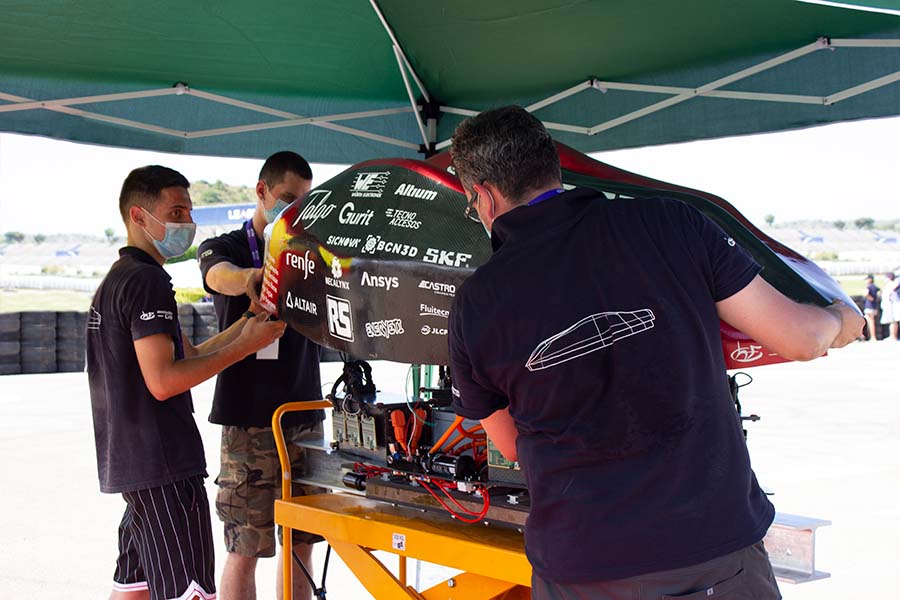 “We think that 3D printing has come to stay. We want to continue exploring and innovating with it and see where it takes us!” – Victor Casado, Lead Avionics of Hyperloop CHF.

With the 3D printed parts mounted and tested, during the countdown to the competition, the team worked on perfecting the propulsion system and LC models.

At the competition in Valencia, the team was confident in their design, partly due to the added security provided by the on-site hypertrack testing. The students showed great optimism and excitement for demonstrating the results of their hard work and to see the different takes on the pod from competitors.

The team was proud to be one of only 4 out of 11 teams to pass all the tests, an extra impressive feat as the only team from a vocational training center to make it to this stage. The next move for the finalists is to persevere with their goal of reaching 550kmph and improve by focusing on the propulsion system and outer shell. An invaluable learning curve that has equipped the students with the knowledge of 3D printing design and production and set them up for a future of making waves in Industry 4.0.

Nissan is ahead of the curve with a dynamic implementation of 3D printed tools, jigs and fixtures in its assembly lines