Barcelona (Spain), July, 14th 2022.- BCN3D’s 3D printing technology has been integrated into the pediatric maxillofacial surgery team at the SJD Barcelona Children’s Hospital (SJD) to successfully perform a complicated operation to resect a malignant tumor in an 11-year-old boy. In this case, the medical team led by Dr. Josep Rubio, head of the maxillofacial surgery unit at SJD Barcelona Children’s Hospital, decided to carry out preoperative planning and simulation using BCN3D’s 3D printed technology and three-dimensional anatomical models of the parts of the patient’s skull, given the complexity of the operation.

The planning consisted of the 3D design of the anatomy of the limits of the resection to be performed in the subsequent intervention, creating an image of the skull and the patient’s child’s tumor, which was then 3D printed in the hospital’s 3D printing laboratory.

The medical team and the radiologists managed to print both pieces thanks to BCN3D’s 3D printing technology – specifically the W27 3D printer from the Epsilon series – which, with its double extruder head and the materials used (ABS), provides the necessary realism for the doctors to plan the actual surgical intervention based on the exact resection of the entirety of the child’s eye tumor, a facial osteosarcoma.

“The goal of the surgery was to remove a child’s tumor located in his cheekbone and to remove the tumor with safe margins. To do this we used 3D planning to delimit the limits of the resection. Nowadays, 3D planning at the SJD Barcelona Children’s Hospital is standard practice in maxillofacial surgery, especially in very complex cases such as the one we dealt with in this child. We had to create cutting and positioning guides to transfer the virtual planning from the computer to the operating theatre. This has allowed us to execute what we designed virtually with precision to be able to extract the safety margins next to the tumor as previously designed,” explains Dr. Josep Rubio, head of the maxillofacial surgery unit at SJD Barcelona Children’s Hospital. 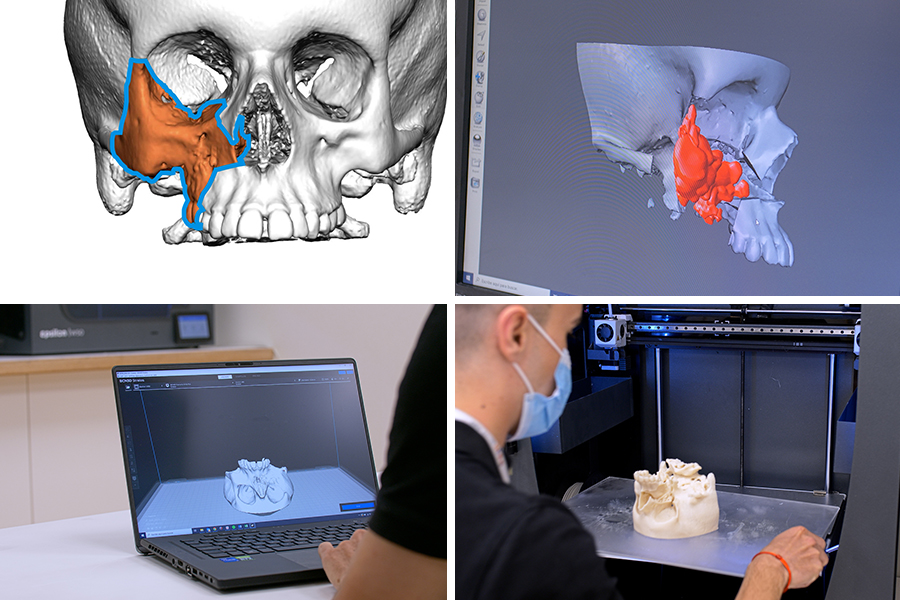 The aim of the surgery was to remove Andres’ tumor, which was lodged in the cheekbone, and to remove it with safe margins. That’s when 3D printing technology came into play to plan the operation and accurately delineate the tumor in the cheekbone eye.

“3D printing helped us avoid potential postoperative complications and improved the quality for both the patient and the surgical process. After weeks of surgical planning, we were able to perform a complete resection of the lesion and also preserve the patient’s vision,” says Dr Adaia Valls, maxillofacial surgeon at SJD Barcelona Children’s Hospital.

Andrés, who was not the first to present with cancer, was diagnosed with retinoblastoma when he was 11 months old. When his parents decided to have him treated at SJD Barcelona Children’s Hospital in 2016, the medical team decided to change his prosthesis in his right eyeball.

After two years of treatment to treat the first tumor, he recovered with a specific treatment. However, as Andrés was a carrier of a germline gene, the doctors told his parents that the boy could suffer a type of cancer in his bone system, something that happened years later when he developed a facial osteosarcoma. 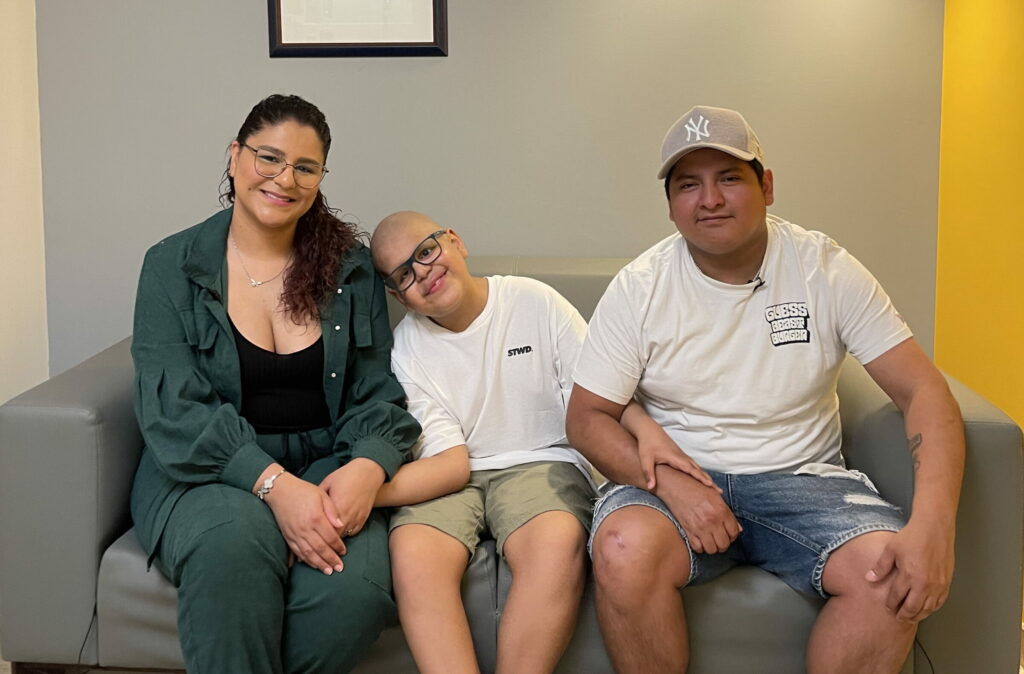 The treatment plan of the oncology team was to carry out chemotherapy for three months and then came a fundamental part of the treatment, guaranteeing local control of the lesion. For this it is essential to obtain a complete section of the tumor, other local treatments such as radiotherapy in this type of tumor are not as effective and, in addition, this patient had already had a radio-induced tumor.

3D printing in 200 surgeries a year

The SJD Barcelona Children’s Hospital is a pioneer in Spain and Europe in the research and implementation of new technologies. So much so that it uses 3D printing in more than 200 surgeries a year. In the additive manufacturing service, they have, among others, BCN3D 3D printers from the Epsilon W27 and W50 series.

3D printing and planning made its debut at this center in 2013, after a doctor specifically requested a biomodel to complement the planning of a complex oncological case. Since then, the use of this technology has expanded exponentially, leading to the creation of a multidisciplinary group of nine different specialties that benefit from this technology.

“We decided to work with BCN3D 3D printers because they are the machines we usually use for planning anatomical bone models in maxillofacial surgery and complex surgery or trauma cases. We use materials that define excellent chromatic tonalities, accuracy in the printed pieces and we obtain the best results with the efficiency of its double extruder system, printing very realistic pieces“, points out Arnau Valls, innovation engineer in the 3D printing service of the SJD Barcelona Children’s Hospital.

Printed biomodels: The future of medicine

Biomodels serve as a visual aid, portraying the anatomical relationships and the relationship of the tumor with the different anatomical parts. They function as a pre-surgical simulation model, aiding the practice of the cuts to be made by the surgeon. 3D printing helps to customize surgical interventions for each patient, accelerating the generation of support and guidance tools for the surgeon, such as cutting guides and implant positioning, improving the precision and safety of the surgery. In addition, the team of the SJD Barcelona Children’s Hospital 3D planning unit has open lines of research to improve the printed models and achieve, through research into mechanical properties, colors, and textures, a better imitation of living tissues.

BCN3D is one of the world’s leading developers and manufacturers of 3D printing solutions, with an installed base in more than 60 countries. Its main clients include Nissan, BMW, NASA, Camper, Louis Vuitton, and the Massachusetts Institute of Technology (MIT).