The last 10 years have been the decade of manufacturing democratization. Prototyping of all kinds of products is now definitely doable for anyone. While CAD software is basically free to start with, machines like 3D printers and CNC mills are also not only very inexpensive but also crazy powerful.

All you need is a great idea…and I’m the perfect example of this! I started with just a crappy 3D printer and an idea. In a few months, my product was a reality and we made 30 thousand people happy with our creation. It took just a few hundred euros worth of equipment and a lot of sleepless nights spent learning how to make my dream a reality.

I used to work solely on the internet, with nothing I could really get my hands on. When I sold my company, I had a huge desire to be making stuff with my hands. In order to learn, I watched videos on YouTube – the more I was watching, the more I began making. The more I was making, the more I wanted to share my journey. And so, I began to do so both digitally and through the old-fashioned way.

Thanks to the total democratization of technology and tools in the last 10 years, I was able to get pretty quickly to the point where I could design and prototype my own real objects and build a company.

In the beginning, it was very important to me to differentiate what I was doing from what was already there. I couldn’t bank on my expertise as a maker because I was (and still am) learning so I tried to be different with visuals. I put a lot of effort into the way I was documenting my work and it turned out to be successful. I still see comments on YouTube of people saying “this video is Giaco style!”, which makes me really proud. The most valuable thing someone could say about my content is “I need more!”. It happens from time to time and it’s definitely what makes my day!

Over the course of my career, my content has changed many times. When I chose Giaco Whatever as the name of my channel I knew my goal was to not get pigeonholed into one type of content. Getting repetitive scares me a lot, and so, in my videos, you can view one from each different “stage” and it feels like a different channel.

My most viewed video is a fidget spinner spinning at super high speed. Right now, it’s at over 30 million views and it keeps rising. I made this video with the intention to make it go viral. It’s relatable and crazy, yet simple enough to make it enticing to watch. I know a video is going well when my excitement while making it is to the roof. For the time being, I have decided to stop making videos for the views because I find it more rewarding, but I do have a big one in store for next year… 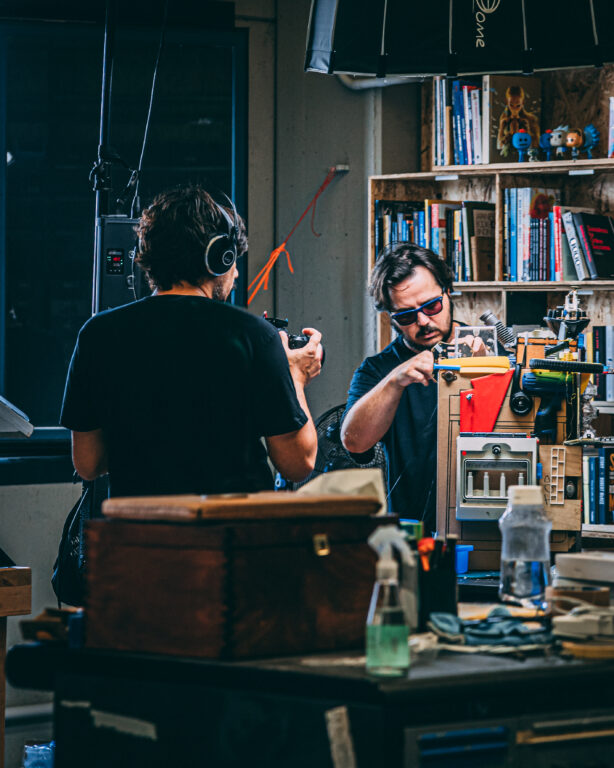 The birth of the PLACEDATOMS brand

I started making products under the brand name GIACO but then realized I had ideas for smaller projects that didn’t fit with the brand. Therefore, I divided the two with GIACO being based on design and PLACEDATOMS being the website that sells GIACO products and others, a distinction I think will become clearer with time.

I believe that it’s the story that makes PLACEDATOMS unique. Most people who purchase our products come from the identity that we’ve shared on our YouTube channels, a connection that normal e-commerces and design firms don’t have. When I was young, my mom would buy things from real people. The Internet is amazing, but I miss that connection and think we need to do our best to get it back.

With my creations, I want you to see it and immediately feel that it’s different from what you’ve seen before. There are a billion normal utensil knives out there but the GIACO’s Maker Knife makes you think “What’s that?”.

I make what I wanna buy. Maybe this sounds trivial but it’s not! With my YouTube channel, I discovered you can make whatever you like and there’s someone out there that likes what you like, and values your design sensitivity and judgment. I maintain that same perspective with the products I work on. I think that the worst mistake you can make is revolving around what you think other people like and want…This is always a gamble that not even HUGE companies with an infinite budget in market research can nail 100% of the time. 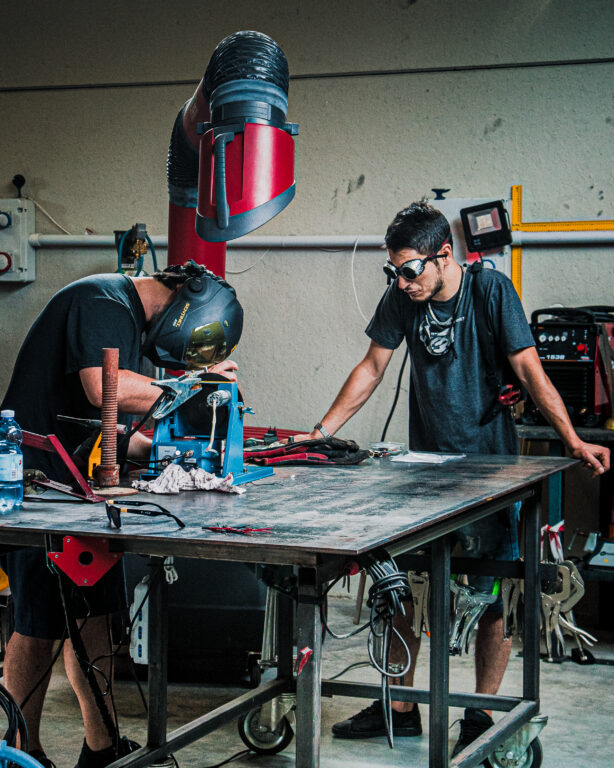 From mind to market

My creative process begins with too many ideas floating around my mind (showers are really intense for me). Most of my ideas excite me A LOT! Then, I sit on them for a long time (months, sometimes years!). If they still excite me after a while, I start to work on them and share them with my team. Although we’re about ten people and growing, we’re all very different with one thing in common: we can learn anything! No one is dedicated to one thing.

Every single one of my products starts with 3D printing. The first 20 to 30 iterations are 3D printed and I try to print new versions as often as I can. I might change just a screw position and print it. I find that 3D printing is FAST and accurate enough for you to understand what you’re making. It gives you what a screen or pencil can’t. It’s invaluably important to touch things as often as possible, feel them, see them in real life and then possibly use them. Then, the rest depends on the requirements of the project. When we get close to a real product we move to different technology like wood, CNC milling, or laser cutting. 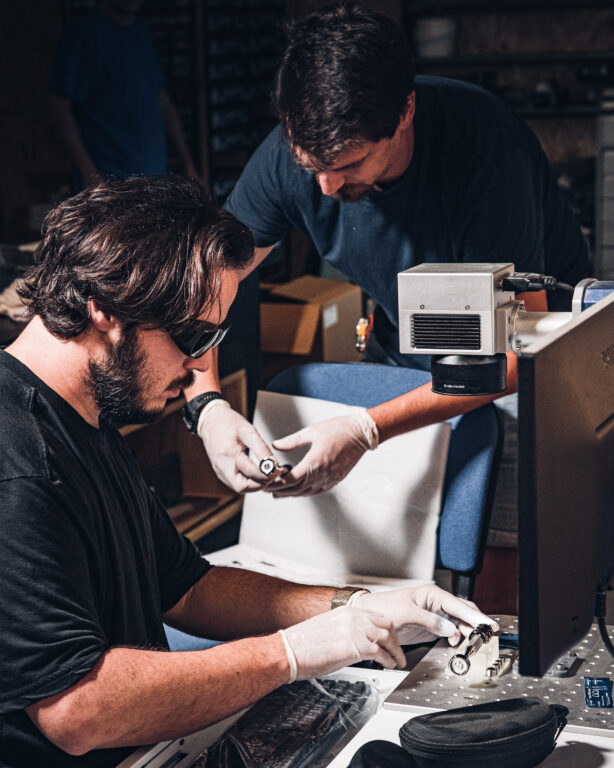 An example of one of my projects is the Kinetic Driver, which was born via the creation of the aforementioned Maker Knife. I was disassembling and assembling thousands of maker knives by hand. While doing so, I really noticed I preferred a heavier screwdriver as it created a sort of flywheel effect. So my own personal need was to make a screwdriver with a flywheel that was also really nice to look at. I designed a quick prototype that was just an ugly screwdriver with a thick disk close to the tip that was a lot better to use. After experimenting with MANY prototypes, I gave it a spiral effect. When it felt really “sexy” I knew it had to be a product! After just 3 prototypes made with my CNC lathe, it was time to find a manufacturer that could make it according to our specifications. We produced 4 different components and assembled the final products ourselves.

I truly believe that creativity is not something you are born with, it comes from gathering knowledge in as many different areas as you can until they automatically combine to create something different. I find myself thinking at night that what I’m doing is the best job in the world. I have something in my head and a few months later thousands of people use that thing to possibly make something else in a never-ending circle of creativity. I’m living the dream!

Elisava students design outside the box with 3D printing