Additive manufacturing has applications in many fields, and medicine is no exception – what once seemed like science fiction is now entirely possible.

What is known as 3D surgical planning has been around for several years, and while many recognize its usefulness, only a small number of institutions and health systems are implementing it to its full potential.

3D models, both virtual and physical, allow the surgeon to obtain a three-dimensional image of the anatomy of each patient and thus determine the ideal roadmap for the surgery. The professional can visualize the anatomy in detail from different planes, understand the relationship between veins, arteries, and organs, and have a one in one scale model of all the anatomical information of the patient in his hand prior to surgery.

In this article, we will detail three life stories that have impacted our team at MIRAI 3D, and show how important it is to use 3D technology for patients with complex pathologies. 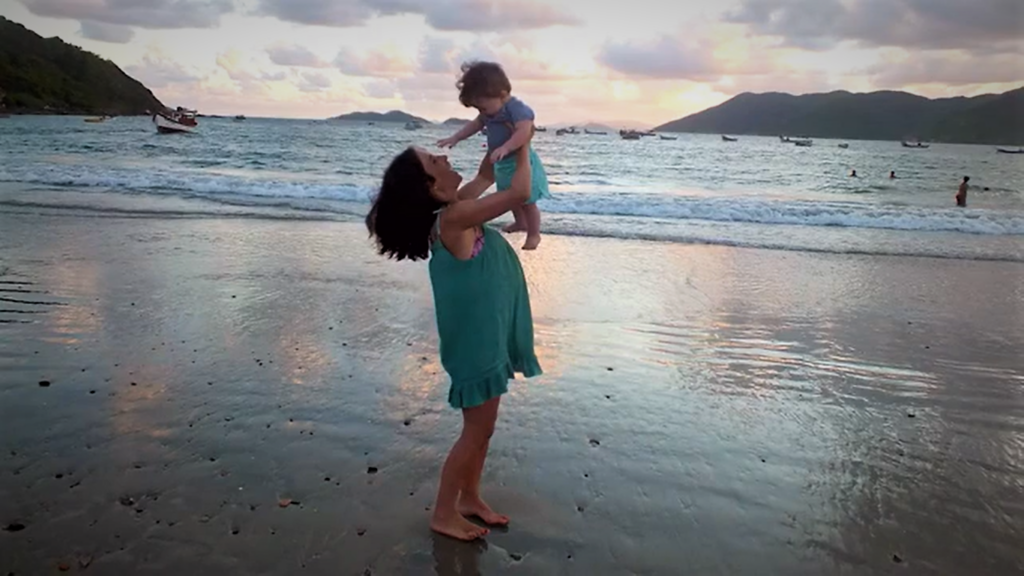 Vanesa was our first ever case. A young woman aged 38 years old was diagnosed with a malignant bronchial tumor in the lower lobe of her left lung.

Dr. Alejandro Bertolotti’s team initially planned to remove the entire lower lobe of Vanesa’s lung. This implied a limited lung capacity in the future. However, the professional decided to evaluate the case with a 3D biomodel in order to obtain greater detail and anatomical precision.

These images show how we at MIRAI 3D created an exact replica of Vanessa’s bronchus and 3D printed it. With the biomodel in hand, the surgeon realized that the tumor was lower than they originally thought. This meant less involvement than they had previously interpreted from the 2D images. Consequently, the original strategy was modified and a less invasive operation was performed, allowing Vanessa to keep her entire lung. Today Vanessa is in perfect health and can go out to run or play with her daughter without complications!

Eli is a 2-year-old girl with a congenital anomaly in her heart, known as hypoplasia of the left heart.  This prevents her heart from properly delivering blood to her entire body. When we met her, this defect had been repaired within a few months of her birth but, like all congenital conditions, as she grows older new problems can arise that require attention.

At 2 years old, Eli was found to have anomalous pulmonary venous drainage, a condition that severely affects the physiological flow of her heart. Dr. Pedro Becker, who is studying the case, is unable to resolve all uncertainties and decides to request a 3D planning service. Our team then generates a virtual model of Eli’s heart and sends two 3D printed models to Chile for the surgery.

The first model was rigid, and corresponded to the blood pool; especially useful for taking dimensions of the anatomy and imagining the flow in each of the regions of the heart.

The second model was flexible, representing the external area of the cardiac cavities, and allowed simulation of the surgery to corroborate its viability, without the need to place vascular prostheses. 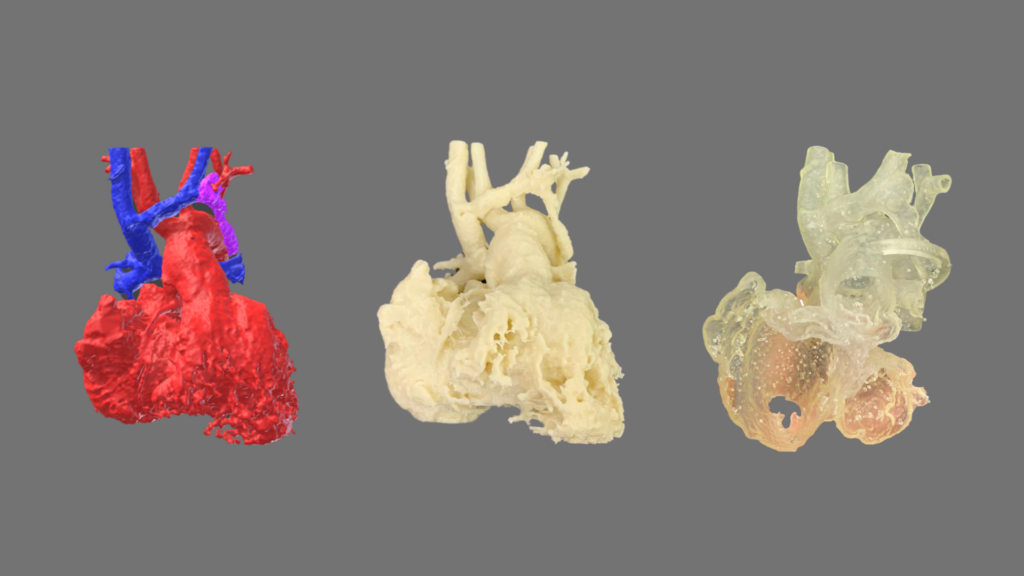 The virtual reconstruction was extremely useful for easily recognizing the structures and their limits, thanks to color differentiation. The biomodel of the blood pool made the understanding of the anatomy possible on a real scale. Finally, the flexible model helped Dr. Becker to rule out the use of a prosthesis and discover that he had to divide the aorta to perform the surgery successfully.

Thus, the surgical team was able to practice the procedure on the biomodel and subsequently perform the surgery with no complications. 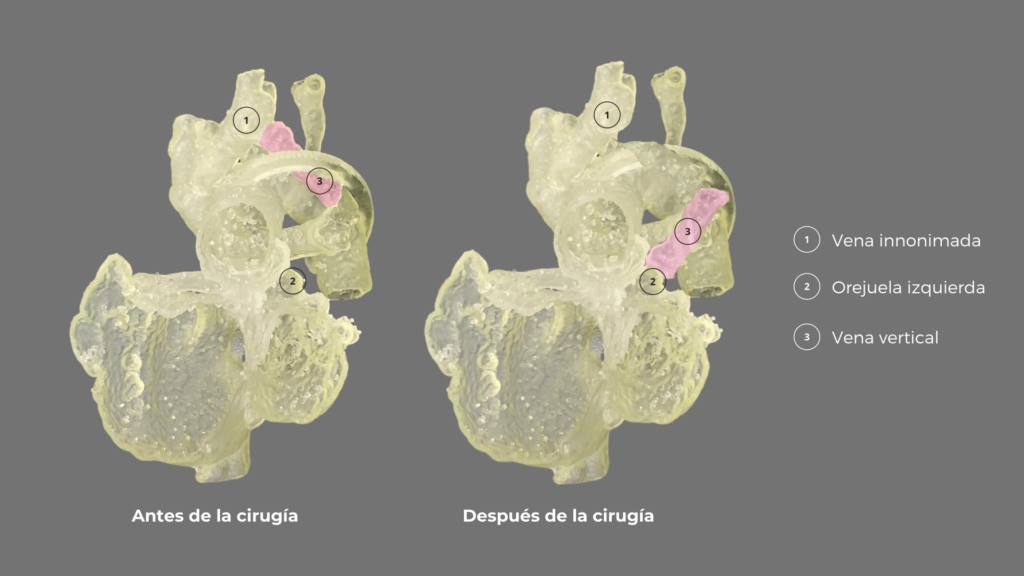 Uriel is a 62-year-old Argentinean patient that was diagnosed with a renal tumor in his right kidney. The tumor was positioned very close to the blood vessels leading to and from the kidney, but at the same time, much of it was located on the inside of the organ, which would make it difficult to locate when conducting surgery.

These characteristics showed that Uriel’s case was highly complex and that the possibility of preserving his kidney was at risk. For this reason, Dr. Gonzalo Vitaglian decided to use a 3D biomodel to define the exact location of the tumor and how it related to the vascular structure involved, and thus plan how to remove it with as little damage as possible.

Within the operating theatre, the surgeon was able to identify the tumor mass quickly and the associated structures, allowing only the tumor to be removed without damage to the vessels that nourish the kidney and in a shorter operating time than usual for this type of operation.

“It is of such high importance for us to analyze this case because if we were to take it back to a few years ago, perhaps with other expertise, other technical capabilities, and without 3D reconstruction, this patient would have certainly lost his kidney. Today, it is clear that the patient benefited from 3D printing.” – Dr. Vitagliano, Mirai3D.

MIRAI 3D is a team with a clear purpose: to improve people’s health. Today, Vanessa has both healthy lungs and enjoys spending time with her family, Elena plays and has fun with her friends, and Uriel, who lives a normal life with both kidneys, travels the world and spends time with his grandchildren.

All of them are united by one thing: they met exceptional professionals who saw the value of  3D printing in medicine. Vanessa, Eli, and Uriel are part of our story, along with the more than 300 patients we have been lucky enough to help at MIRAI 3D. We are proud to be given this opportunity and it motivates us to continue working, together with BCN3D, to provide new chances at life.