Have you ever wondered what happens with all the 3D printing waste you generate when you prototype? Well, I don’t have an answer to that, but I do know that you have the chance to make sure it doesn’t end up in the wrong place.

Most of the plastic that is actually recycled comes from packaging. There are standards and identification protocols that simplify the recycling process. However, plastic components that don’t perfectly fit within the defined plastic types, usually end up in landfills or being used as an energy source. 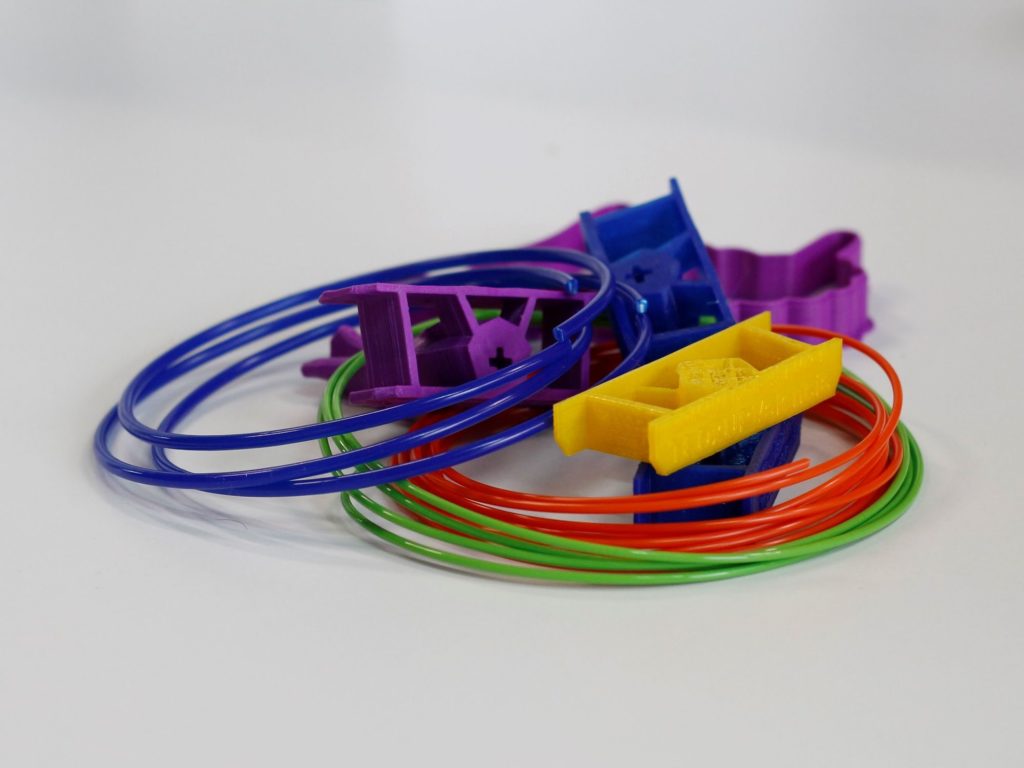 A journey to sustainable design

As a designer, I always try to consider the environmental impact of my projects, and we need to be honest: creating a physical product requires prototyping, and prototyping generates waste.

When I got my first 3D printer I kept all the prototypes and failed parts in a box. One day, the box was so full that I had to place another box on top of it. That was the moment when I realized I had to adopt sustainable design processes in my projects. In your case, that moment may have been completely different, or maybe it’s happening right now while you read this article.

Thankfully, there are different sustainable design processes, and 3D printing plays a key role in many of them.

Design is an iterative process, but that doesn’t mean it’s necessary to manufacture a full version of your design every week. Optimizing designs for prototyping is something that one usually learns when you’re running out of material or there’s an urgent need to manufacture a final design.

For example, during the COVID-19 global pandemic, thousands of product designers and manufacturers – including BCN3D – distributed hundreds of thousands of 3D printed face shields for essential workers and people at risk. 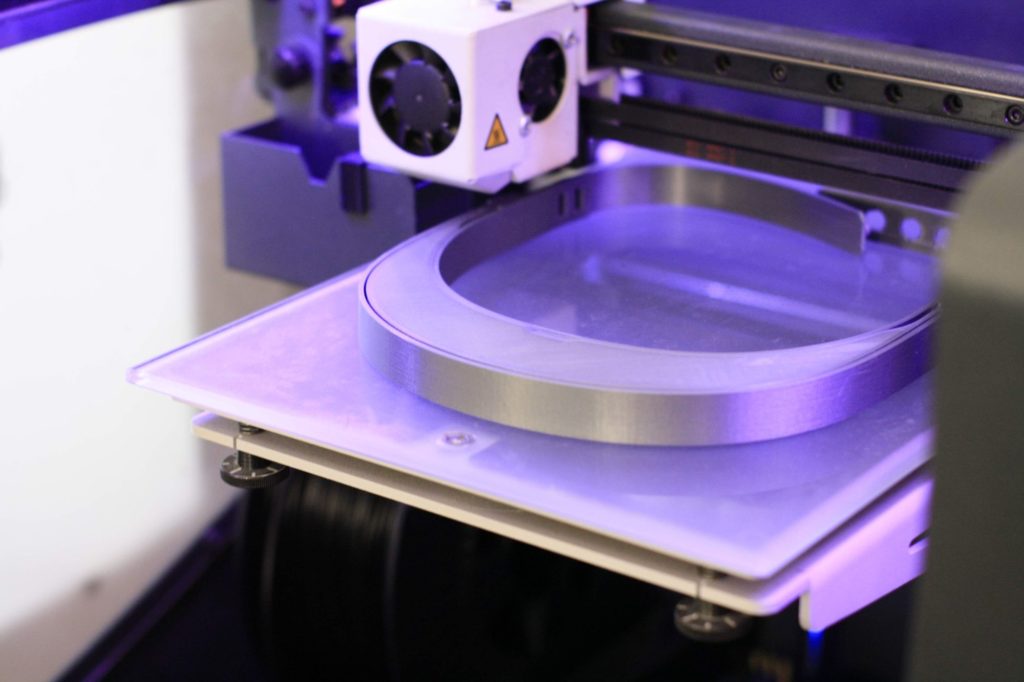 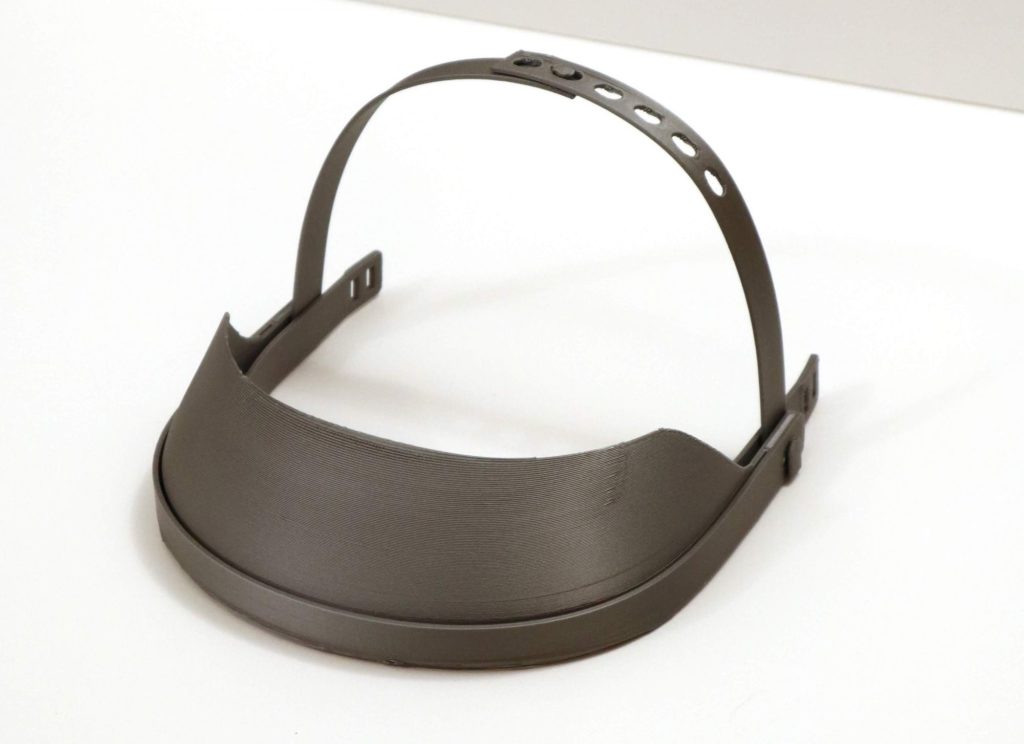 With these two techniques, the amount of material and time spent prototyping can be greatly reduced, no matter the project. Also, this has a positive impact considering both sustainable and commercial aspects.

Reusing: When the prototype is better than the final design

Some years ago I wanted to design a 3D printable self-watering planter. In order to reduce prototyping time and material use, I used an old can as the main container, 3D printing only the interior structure. 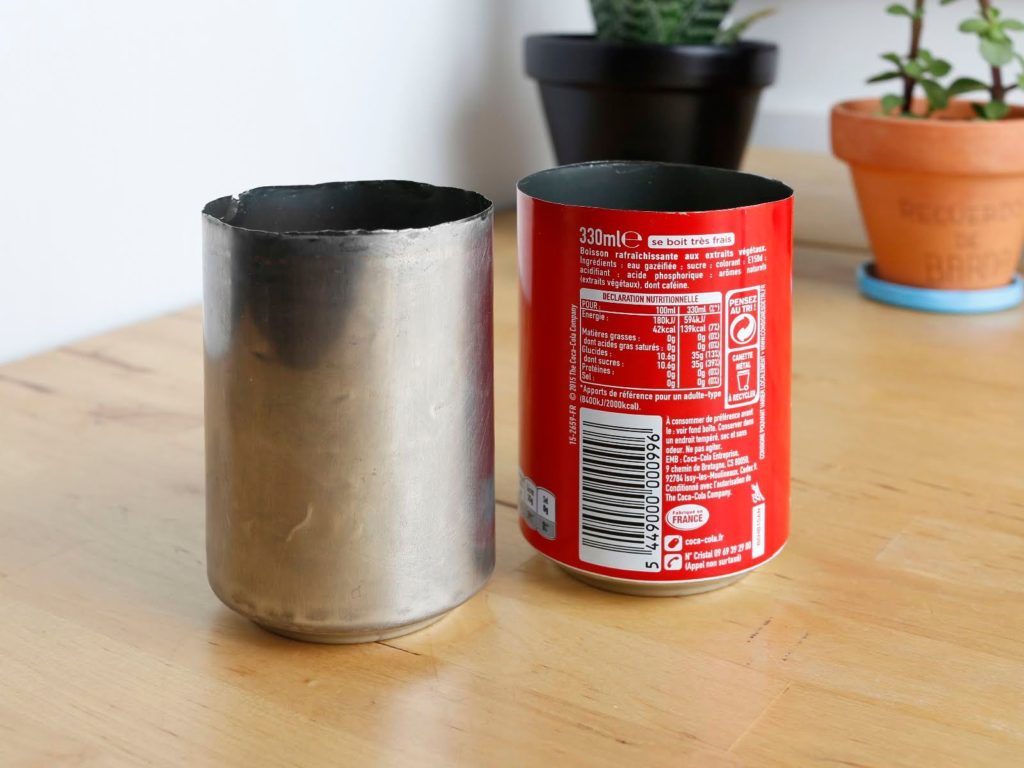 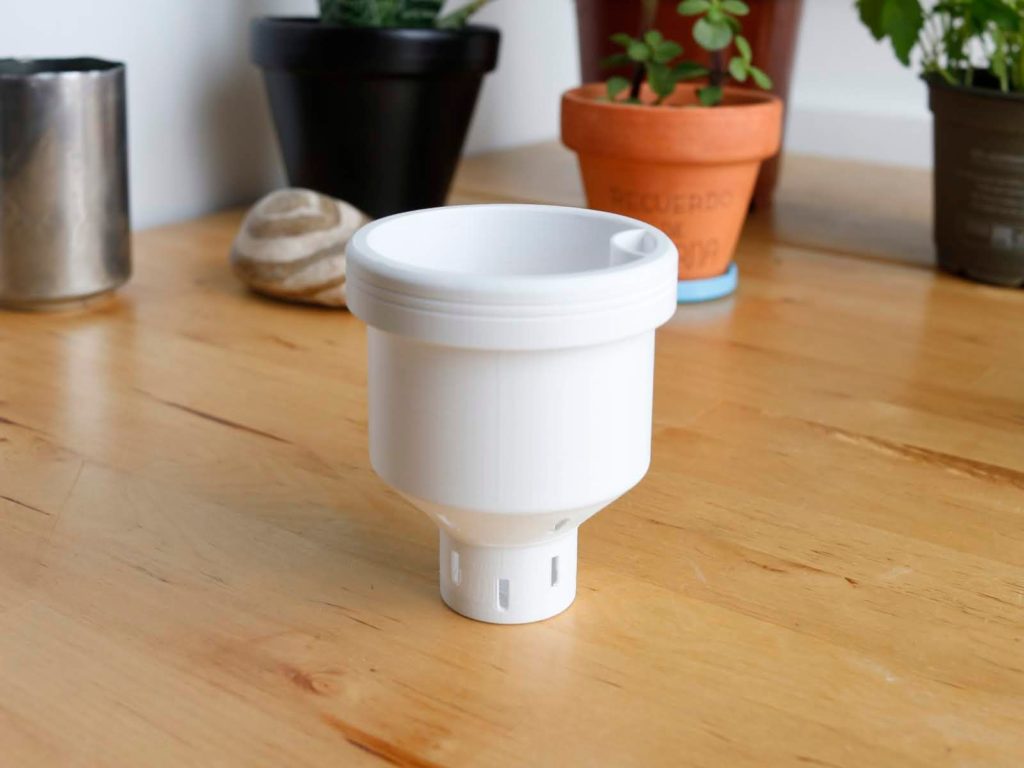 A fully 3D printed design would have worked as a planter, but this early prototype also worked as an example of how 3D printing can give a discarded object a new purpose. I decided to keep it that way. 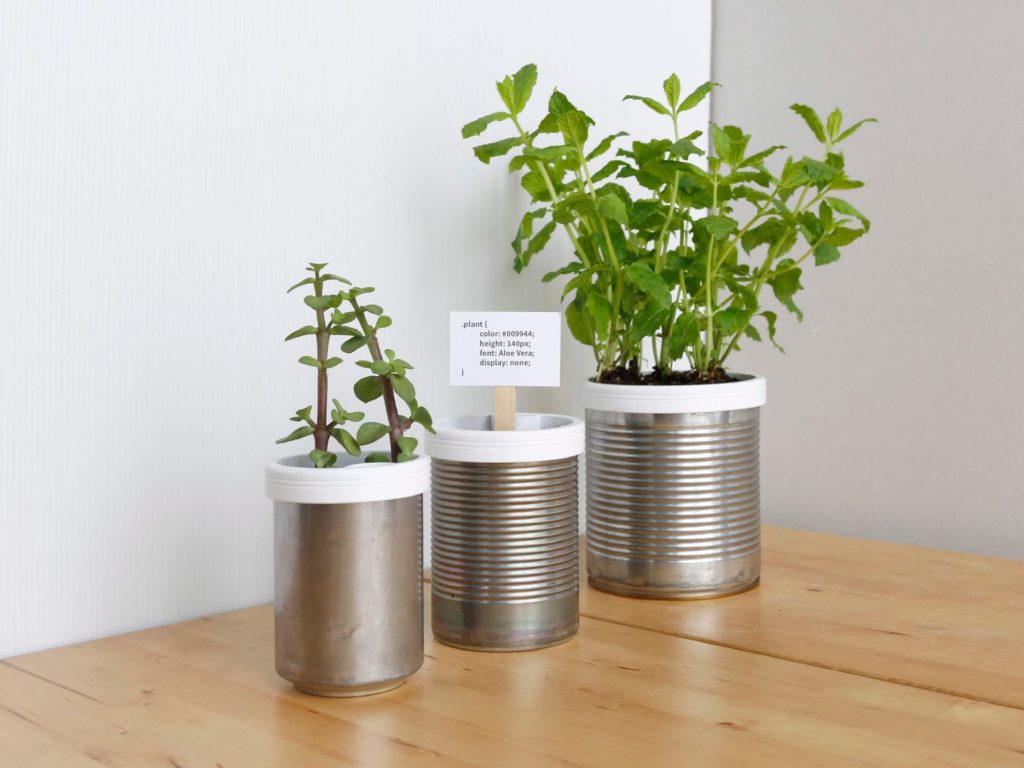 Hardware products are usually discarded after a small part breaks. With 3D printing, we can easily repair old devices by manufacturing replacement parts, even if the device was commercialized decades ago. That’s one of my favorite use cases.

Remember that box I filled with old prototypes and 3D printing waste when I got started? Well, one day I decided to shred it and melt it, and that’s how the Plastic Smoothie project started. 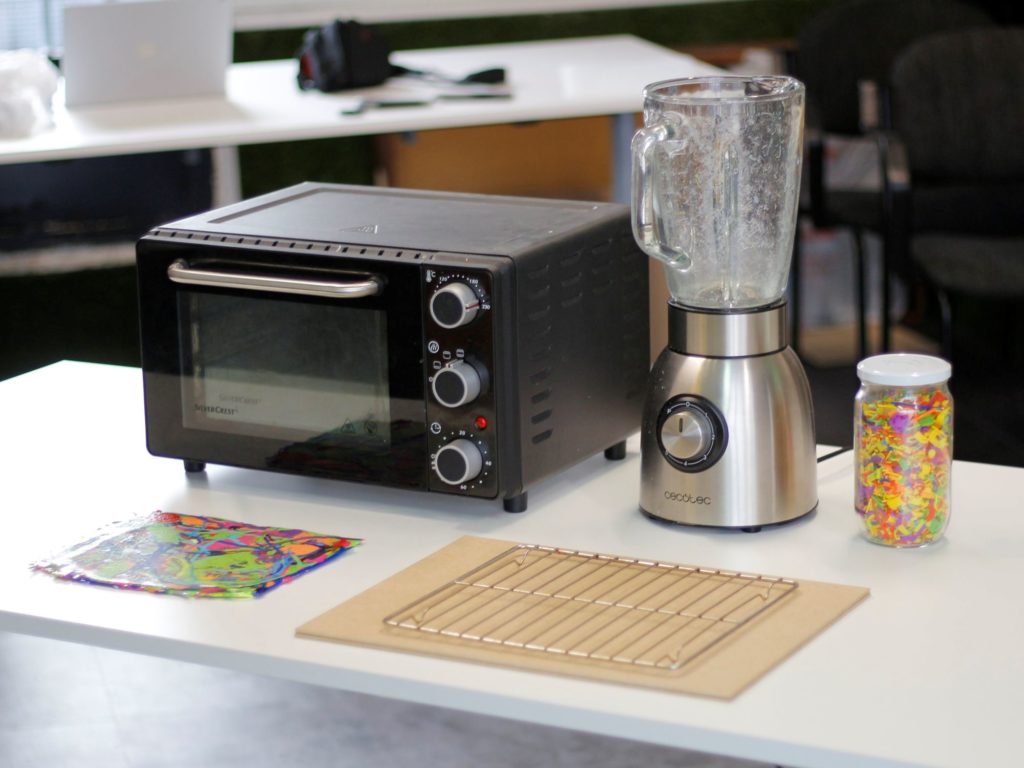 Plastic Smoothie is an open initiative where I explore, document and share accessible and creative recycling processes. It’s based on the global Precious Plastic project, and it started as a simple afternoon project where I used simple equipment such as blenders and small ovens to transform old 3D printed prototypes into recycled plastic sheets that could be later laser cut. 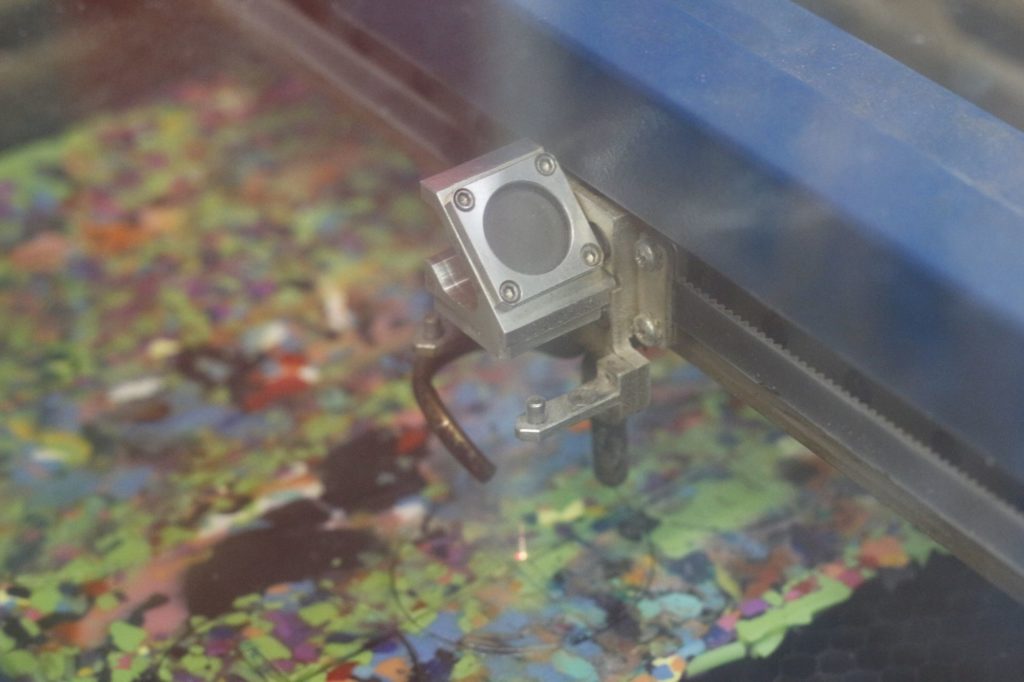 However, this project evolved, adopting both new and traditional techniques that can be used to recycle plastic in creative ways. 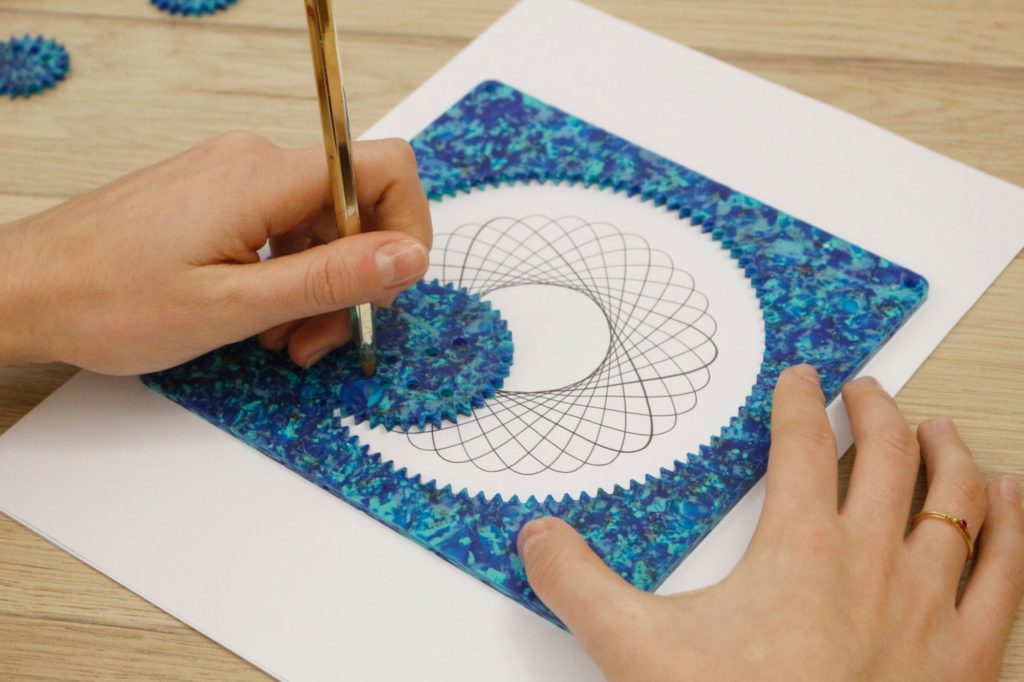 The second iteration of the project focused on hand-made metal molds, exploring different ways in which you can make flat shapes that can be later transformed into tridimensional objects where bent. 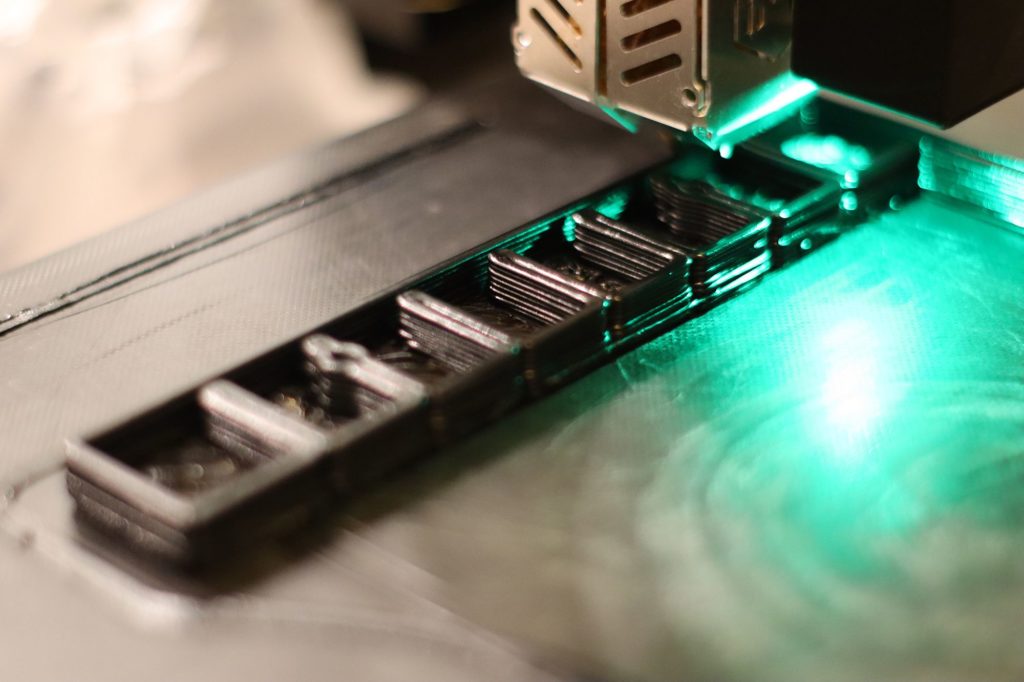 As you can see, Plastic Smoothie explores sustainability through creative processes, and it’s a great way to show how 3D printing offers new possibilities when combined with other technologies.

As mentioned above, efficient prototyping using 3D printing is a great way to reduce time, costs and plastic waste. Here are some tips I published on Wikifactory that will help you:

A sustainable prototyping process requires precise planning. It’s important to know what you want to test or learn from each prototype before you make it.

I invite you to think about how you can reduce, reuse and recycle those prototypes or waste material, as that creative effort you make will lead to time and cost reductions, as well as new opportunities.

Ayudame3D: 3D technology at the service of the people