The 2nd highest expense regarding 3D printer power consumption is electricity, preceded only by the cost of filament. The cost of electricity for your 3D printer varies depending on the printer model, printing time and material used.

For any manufacturing company, it is essential to know your real cost per part. Subsequently, when using a 3D printer it’s important to calculate the following variables:

On this occasion, we’re going to focus on the latter.

How much does it cost to print for 1 hour?

If we know the cost of energy for 1 hour, we can easily calculate how much each type of part consumes according to the printing time.

Let’s take for example the BCN3D Epsilon W50 printer, which has a maximum consumption of 840W per hour. Let’s also imagine that we are printing with both extruders and with PAHT CF15, a filament that needs to be melted at a higher temperature of 280°C, so we are consuming as many watts as possible. If we take into account that the average price per kWh in 2021 in Spain was 0.253 €, the maximum amount you’ll spend with an Epsilon W50 is 0.21 €/h. 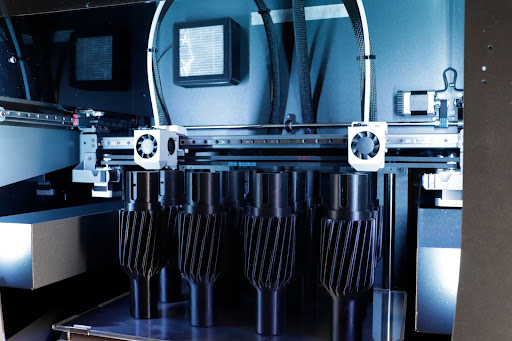 On the other hand, if we were to print in an off-peak hour (at €0.07 kWh), one hour of printing would cost us a maximum of €0.06 per hour. Keep in mind that these prices would be if the printer were consuming the maximum possible amount of energy. So the electrical cost for a normal print on an Epsilon W50 can be less than 0.03 € / h – very affordable!

How to calculate your 3D printer power consumption

We have just seen the maximum price you can pay for 1 hour of printing on an Epsilon W50…but let’s see what else affects the consumption of a 3D printer: 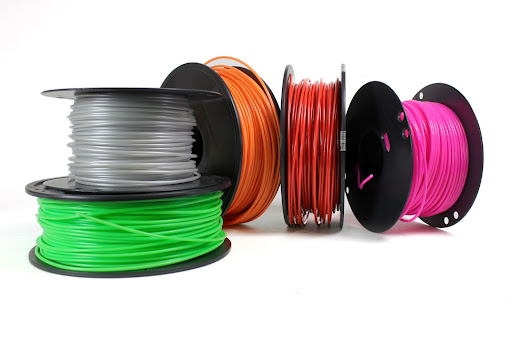 How to reduce the consumption of the 3D printer?

By following the recommendations below, you could reduce the cost of energy per part by 80%, thanks to IDEX technology and the software implemented by BCN3D: 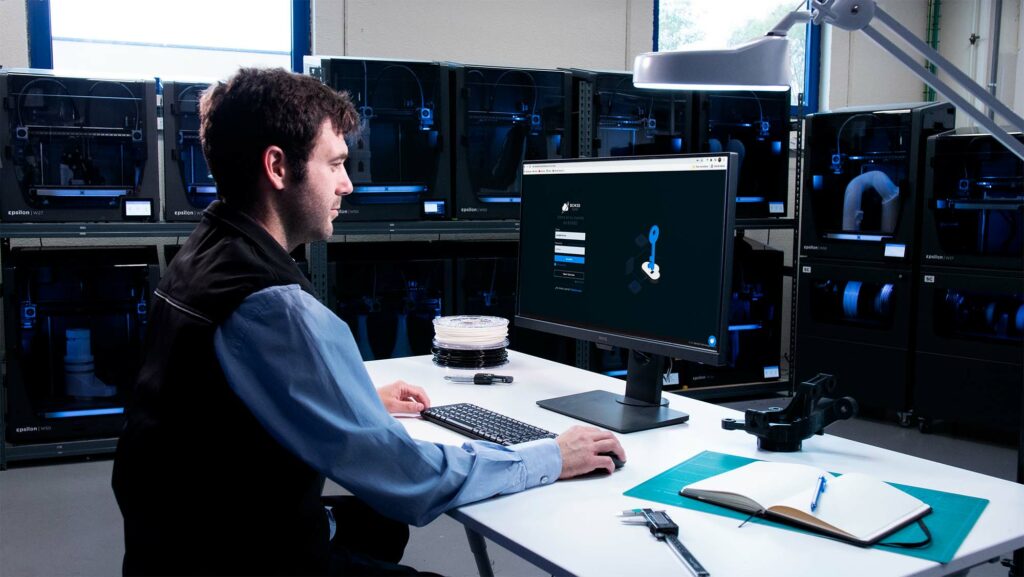 In conclusion, your 3D printer power consumption is a cost to be taken into account, but it’s not so high as to be an impediment to the use of this technology. In fact, the company TensaBelt uses “in-house” 3D printers instead of using other traditional methods for faster and more efficient prototyping. However, from BCN3D we try to further reduce these costs by using very efficient printers, with IDEX technology and the BCN3D Cloud.

Now that you know how to minimize these costs, it’s time to start printing! Learn more about the Epsilon W50, Smart Cabinet and the rest of our 3D printers on our website.