IDEX stands for Independent Dual Extrusion and refers to that technology that allows a 3D printer to work with both of its tool heads simultaneously and independently, resulting in many benefits throughout the entire printing process. This white paper will help you understand how IDEX works, how it came to life, and its main differences and benefits compared to single- and dual extrusion. 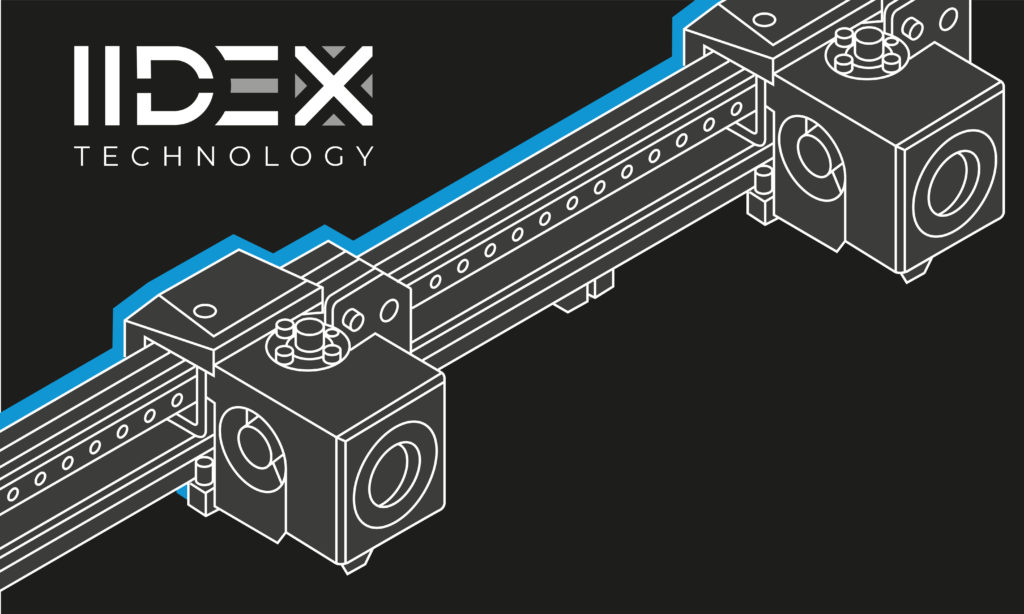 The early days of 3D printing

Around 2007, a democratization process occurred in the 3D printing industry with the appearance of desktop 3D printers, much cheaper and easier to use for a wider audience than the industrial models that had been on the market until that point.

This started the wave of commercializing 3D printers for a wide range of purposes, as they increasingly became available to all kinds of individuals and companies who did not have a chance to dive into this new technology before due to its high prices. Nonetheless, most of these early machines only had one extruder, which caused several problems when printing models with overhangs shallower than 45° from the horizontal plate and complicated the possibilities of printing with more than one material.

Around 2014, various companies started working on a solution for this common issue, which was partly solved by dual extruders. This marked a significant development in the 3D printing democratization process as, with the double extrusion system functioning well, desktop 3D printers now could print effectively with hydrosoluble support and achieve much more complex geometries.

However, BCN3D took it a step further, working on the development of its signature IDEX technology, with the idea to provide users not only with dual extrusion but with the possibility of using two independent extruders in the same machine.

How did IDEX come to be?

Back in 2013, the BCN3D+, a modular 3D printer, was developed. It was very well-received on the market as it allowed for a relatively easy extruder change.
In 2014, the team working on this 3D printer developed dual extruders for it. This offered the possibility of printing with two different materials or two different colors. The system was a dual extruder over the same tool head, which had certain inconveniences. Therefore, the team realized that the dual extruders were the first step in the right direction, but there was still a place for development.

The struggles experienced while printing with their first dual extrusion system sparked the idea of trying to develop a form of independent dual extrusion, a technology that could potentially provide a solution for all the problems experienced. This first trial turned out to ease significantly the process of calibrating the extruders, it prevented the filament dripping from the idle extruder on the piece being printed and it provided more flexibility when printing different materials.

After such positive results, the team at BCN3D focused on developing and perfecting this technology further, with the aim of providing a complete independent dual extrusion solution, which was introduced in 2015 with the BCN3D Sigma.

In 2018, when launching the BCN3D Sigmax, the company also presented the Duplication and Mirror 3D printing modes, which are unique features of their 3D printers and key in the high productivity provided by the BCN3D printers.

How does IDEX technology work?

IDEX technology allows for these axes to be doubled. Therefore, a 3D printer equipped with this technology has X0, X1, Z, E0, and E1 axes as well, besides the aforementioned ones. This essentially means that the printer keeps sharing the Y and Z axes, while both extruders have their own X and E axes, which makes it possible to print with two tool heads independently.

Having two independent extruders offers the user the ability to print with soluble supports, print in two different materials or colors, or even combine different nozzle sizes to get more resistant parts or cut down the printing process.

The two extruders are controlled independently so that when one extruder is not being used it can be kept away from the printing area to prevent the plastic from oozing onto the object and spoiling the final result.

The benefits of IDEX technology

As a double extrusion system, IDEX allows users to print more complex pieces by using hydrosoluble supports and to combine materials to obtain different mechanical properties and colors in one single print.

The benefits of IDEX do not only lie in combining different materials, but they are also significant when it comes to reducing costs. IDEX technology reduces the cost of machinery in half, as, with the same number of 3D printers, the final customer can get twice as many printed parts as they would get with other dual extrusion machines, thanks to BCN3D’s signature Duplication- and Mirror modes.

There is no doubt that IDEX technology is the most cost-effective and fastest solution for production. Don’t forget to download our white paper, where you will find more information about this technology, as well as its uses and advantages, and read on to find several practical examples of how our customers use their independent extrusion systems on a daily basis, and the benefits they obtain from its use.

Some of IDEX technology’s success stories

IDEX technology: making a difference by increasing our customers’ productivity

Thanks to the many benefits provided by this unique technology, we have received a significant amount of positive feedback from companies benefiting from IDEX during the last years. 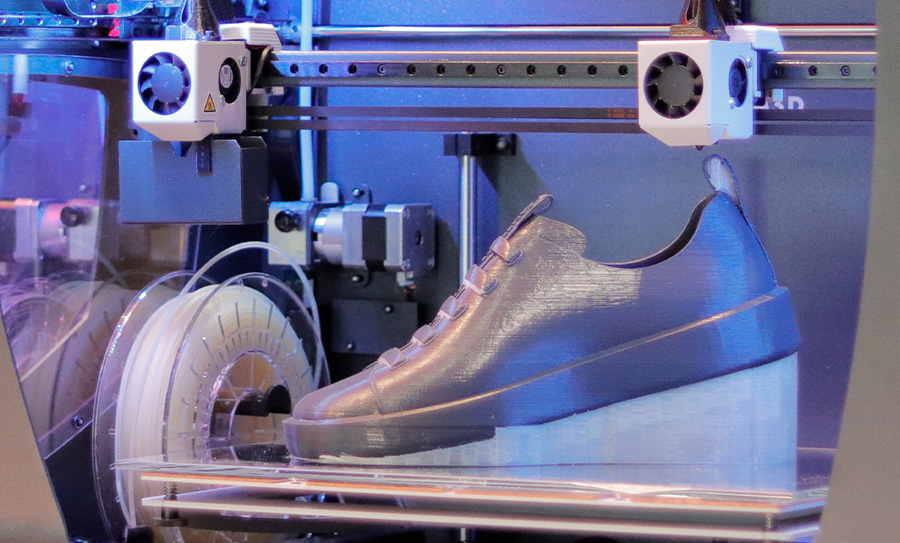 Being in the 3D printing business, we are proud to put into practice all our solutions in-house in order to optimize our own production processes to the maximum. We benefit from using IDEX at the BCN3D Print Farm, where we manufacture up to 47 parts for our Sigma and Sigmax machines.

One of the pieces that are produced at the BCN3D Print Farm is the Vertical Bowden, which helps to maintain the Teflon tube in place. Thanks to the duplication mode, BCN3D can produce 1,500 vertical Bowden’s in a month, instead of the 750 units that could be printed using conventional dual extrusion printers.

IDEX technology also revolutionized the BCN3D production workflow during the recent Covid-19 crisis. We worked together with healthcare providers and government organizations to design, prototype, and produce protective equipment for healthcare staff at more than 50 hospitals and health centers across all of Spain.

One of the pieces that were produced at the BCN3D Print Farm was the Protective Face
Shield. Thanks to the duplication mode, at BCN3D we could produce 500 of these parts per machine in a month, instead of the 250 units per machine that would have been printed using conventional dual extrusion 3D printers. The face shield’s print time would have been 1 hour and 40 minutes, however, we reduced this time to 50 minutes, thanks to IDEX.

BCN3D was the pioneer of IDEX technology, revolutionizing the 3D printing industry by offering many customers worldwide an easy and effective way of doubling productivity while keeping costs low. Could IDEX do the same for you? Reach out today!